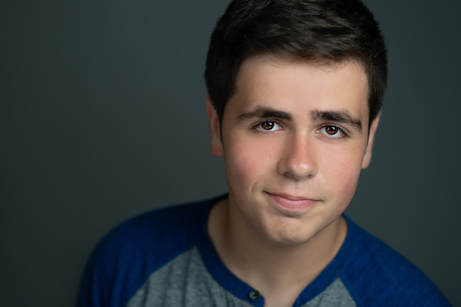 Noah Marlowe is an American actor most recently seen as Kurt in the staged reading of Steven McCall’s new musical, Imaginary Boy.

Noah’s first bow on the stage came in the role of Michael in “Mary Poppins” on Broadway. Shortly thereafter, Noah was back on Broadway in the role of Young Moss (u/s) at Avery Fisher Hall in Act One. Noah’s first role at the Goodspeed Opera house was in LMNOP. During his second run at the Opera House, Noah created the role of Charlie Winslow and was nominated for a Connecticut Critics Circle Award for the production of “Holiday Inn”. The production went on to a wonderfully received run on Broadway. Between his two runs at the Opera House, Noah appeared at The New York Public Theater and originated the role of John in Jeanine Tesori’s Fun Home, yet another role that Noah sent off to Broadway. Noah has also been fortunate to perform for audiences around the country in the National Tour of “Elf the Musical” as Michael. Noah was blessed enough to sing with Andrew Lippa and Laura Benanti in the critically acclaimed debut of “I am Harvey Milk” as Young Harvey, on the day California passed proposition 8. Noah recreated the role on the stage of Lincoln Center alongside Andrew and Kristin Chenoweth.

Noah has studied with some of the finest teachers in New York City and has participated in both MPulse at the University of Michigan and S.T.A.T.E. at Penn State. Further, Noah studied at the prestigious Manhattan School of Music in New York City.
DOWNLOAD RESUME